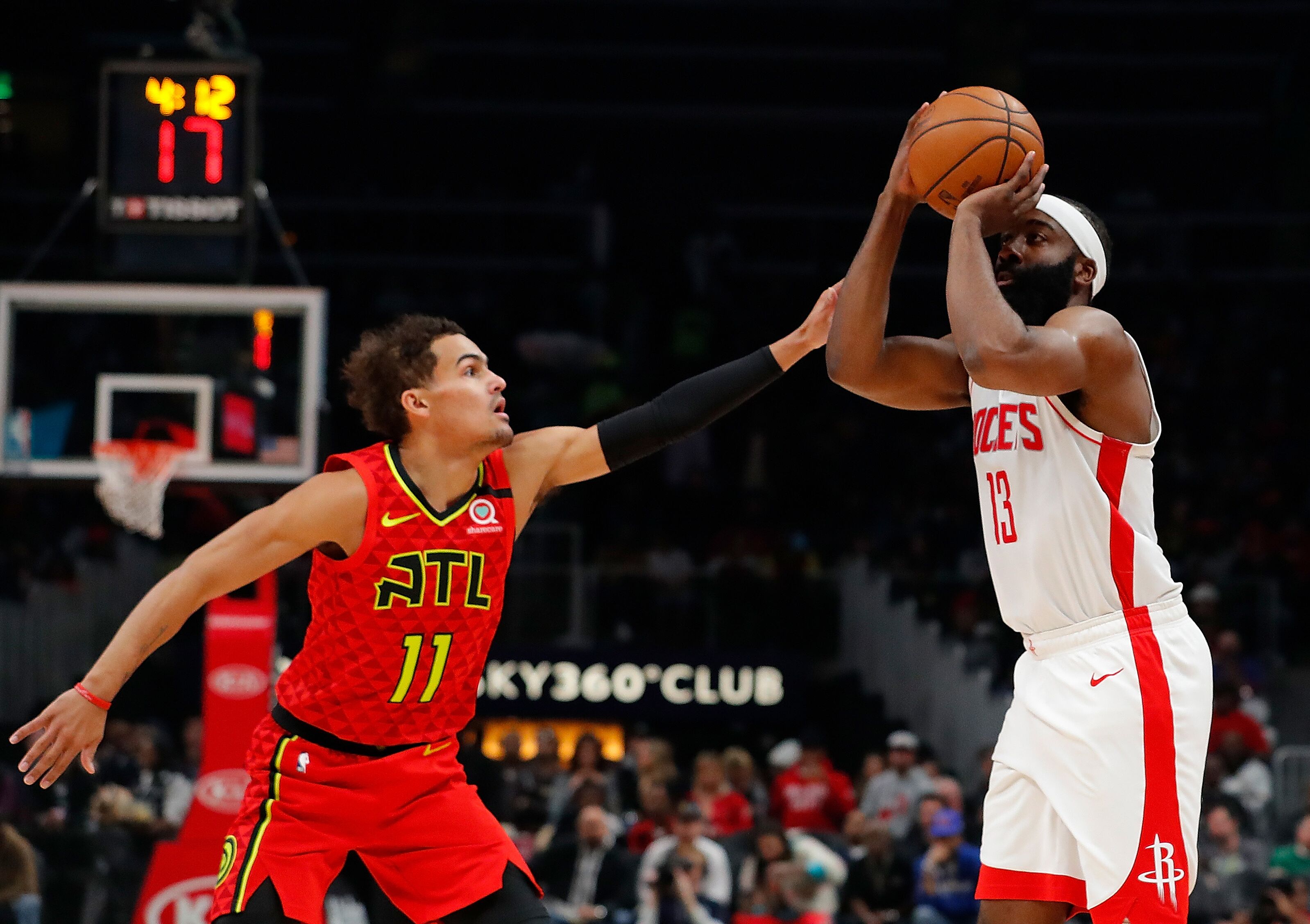 In the 38th game of the season, the Atlanta Hawks hosted the Houston Rockets.

Even with Russell Westbrook resting, the Atlanta Hawks couldn’t capitalize to win the game. This can’t come as too much of a surprise — the Hawks own the worst record in the league, whereas the Houston Rockets are playoff locks and have the most potent offensive player of all-time.

Thankfully for the morale of the organization and fans, this loss wasn’t as gruesome as the one from November 30. On the last day of the 11th month, the Hawks traveled to Houston to get beat by 47 as James Harden scored 60 points in only 3 quarters. It was a historic performance by the Rockets’ franchise centerpiece, but it was a tough blow for Atlanta.

Just because this wasn’t another near-50 point loss doesn’t mean the Hawks were showing out.

For most of the first quarter, Atlanta was battling back and forth with Houston before the Rockets went on and built a double-digit lead heading into the second.

Things only escalated in the second quarter, as the Hawks struggled to compete with the Rockets. At one point, the Hawks were down by 23 points and all hope seemed to be lost.

In the third quarter, Atlanta had an impressive comeback, as they attempted to even out the score. Mid-way through the quarter, the Hawks found themselves trailing 87-83, but this glimmer of hope sooner evaporated too, as they only scored 2 more point in the third and ending the quarter trailing by 14.

The fourth quarter is what sealed the deal for the Atlanta Hawks. The team chipped away at the lead a little more and were within 3 points from the tie. Some late game P.J. Tucker free-throws, as well as a botched full-court pass resulting in a lost possession for the Hawks put the game out of reach. The game ended with a final score of 122-115.

The Hawks had a valiant effort in their comeback, but it ultimately wasn’t enough to secure the win. Like many Atlanta Hawks games, many players didn’t show up and it was a few-man effort. Here are grades for how each player performed.

Next: The starters
Next1 of 4Prev post
Use your ← → (arrows) to browse
Load Comments
Event Tickets
Powered by StubHub
Top Stories